Shareholders of Aquila Tax-Free Fund For Utah are cordially invited to attend their annual shareholder meeting Tuesday, November 19, 2019 at 8:30 a.m. at the Little America Hotel, 500 South Main Street, Salt Lake City, Utah. Breakfast will be served prior to the meeting.

Attendees will have the opportunity to visit with Fund Executives, Trustees, the Portfolio Managers and hear from Brian Butler, CPA and CFO of Salt Lake City Corporation’s Department of Airports. In his role as CFO of the Airport, Brian is responsible for overseeing the construction budget and debt financing of the new Salt Lake City Airport that is scheduled to begin opening in 2020.

Mr. Butler received his bachelors degree in Corporate Finance from Brigham Young University, an additional bachelors degree in Accounting from Utah Valley University, as well as a Masters of Accountancy from the University of Utah. He is a CPA and belongs to both the Utah Association of Certified Public Accounts as well as the American Institute of Certified Public Accountants. Prior to joining the Airport in 2015, Brian worked in public accounting as an auditor for Eide Bailly, as well as a Financial Representative for Fidelity Investments.

We look forward to seeing you in Salt Lake City.

Shareholders of Hawaiian Tax-Free Trust are cordially invited to attend their Annual Shareholder Meeting on Wednesday, September 25, 2019 at 10:00 a.m. at the Ala Moana Hotel in Honolulu. A continental breakfast will be served prior to the meeting.

Those unable to attend the Honolulu meeting may be interested in attending the special outreach informational meeting in Maui. The meeting will take place at 10:30 a.m. on Tuesday, September 24, 2019 at the Maui Arts & Cultural Center. Lunch will be served at 11:30 a.m. 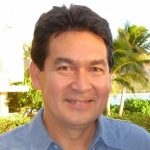 Attendees at all meetings will have the opportunity to visit with Trust Executives, Trustees, the Portfolio Managers and hear renowned Hawaii economist, Paul H. Brewbaker, Ph.D., Principal of TZ Economics, a Hawai’i economics consultancy. Mr. Brewbaker’s background is in research on the Hawaii economy and financial risk analytics. He has been affiliated with Bank of Hawaii for more than 25 years, concluding as its Chief Economist. Mr. Brewbaker will present an overview of the Hawaii and national economy.

We look forward to seeing you in either Honolulu or Maui.

Shareholders of Aquila Tax-Free Fund of Colorado are cordially invited to attend their 32nd annual shareholder meeting Thursday, May 16, 2019 at 2:00 p.m. at the Wellshire Event Center, Cambridge Room, 3333 S. Colorado Blvd., Denver, Colorado. Light refreshments will be served prior to the meeting.

Attendees will have the opportunity to visit with Fund Executives, Trustees, the Portfolio Manager and hear from our guest speaker, Dr. Angie Paccione, Executive Director of the Colorado Department of Higher Education. Dr. Paccione was appointed as Executive Director and unanimously confirmed by the Senate Education Committee in January, 2019. She has more than 20 years of experience in secondary and postsecondary education, has co-authored two books on leadership, and was elected to two terms in the Colorado House of Representatives, where she served as the house majority caucus chair. Dr. Paccione will speak about the Colorado Department of Higher Education’s goals and accomplishments.

We look forward to seeing you on May 16th.

Shareholders of Aquila Tax-Free Trust of Oregon are cordially invited to attend their annual shareholder meeting Wednesday, April 24th, 2019 at 11:00 a.m. at the Oregon Convention Center, Meeting Rooms F150-151, 777 NE Martin Luther King Jr. Blvd., Portland, Oregon. Light refreshments will be served prior to the meeting and parking will be validated at the end of the meeting.

Attendees will have the opportunity to visit with Fund Executives, Trustees, the Portfolio Manager and hear renowned Oregon economist and Trustee, John Mitchell, speak about the Oregon and national economy. Mr. Mitchell is principal of M & H Economic Consultants of Portland. He is a past chairman of the Oregon Council of Economic Advisors, and former chief economist of U.S. Bancorp.

Please plan to attend. We look forward to seeing you on April 24th.

Shareholders of Aquila Narragansett Tax-Free Income Fund are cordially invited to attend their annual shareholder meeting Tuesday, March 19, 2019 at 9:00 a.m. at the Rhode Island Convention Center, Room 556 A/B, One Sabin Street, Providence, Rhode Island. A buffet breakfast will be served prior to the meeting.

Attendees will have the opportunity to visit with Fund Executives, Trustees, the Portfolio Manager and hear from the President and CEO of the Rhode Island Airport Corporation, Iftikhar Ahmad.

In his role, Mr. Ahmad oversees all six airports in Rhode Island, including T. F. Green International Airport. The Rhode Island Airport Corporation has an annual economic impact of $2.6B with 22,443 direct and indirect jobs. Mr. Ahmad also serves as a United States’ civil aviation expert to the North Atlantic Treaty Organization (NATO) in an advisory capacity.

Prior to Rhode Island, Mr. Ahmad served in various Director roles of several major airports, where he has coordinated approximately $5B worth of capital work in his career. This included New Orleans International Airport, where he was responsible for the additional of a new terminal.  Mr. Ahmad has also overseen major capital programs at airports in Nashville and Houston.

Please plan to attend. We look forward to seeing you on March 19.

Shareholders of Aquila Churchill Tax-Free Fund of Kentucky are cordially invited to attend their annual shareholder meeting Wednesday, April 17, 2019 at 8:30 a.m. at The Olmsted, 3701 Frankfort Avenue, Louisville, Kentucky. A buffet breakfast will be served prior to the meeting.

Attendees will have the opportunity to visit with Fund Executives, Trustees, the Portfolio Manager, and hear Ryan Barrow, Executive Director of the Kentucky Finance and Administration Cabinet, which is part of the Office of Financial Management. The Office is responsible for the investment and debt management functions of the Commonwealth, including conducting the state’s bond sales, which provide financing for major projects such as those in which your fund invests. Mr. Barrow was named one of 40 rising stars by Bond Buyer in 2016.

Please plan to attend.  We look forward to seeing you on April 17.