Shareholders of Aquila Tax-Free Fund of Colorado are cordially invited to attend their 32nd annual shareholder meeting Thursday, May 16, 2019 at 2:00 p.m. at the Wellshire Event Center, Cambridge Room, 3333 S. Colorado Blvd., Denver, Colorado. Light refreshments will be served prior to the meeting.

Attendees will have the opportunity to visit with Fund Executives, Trustees, the Portfolio Manager and hear from our guest speaker, Dr. Angie Paccione, Executive Director of the Colorado Department of Higher Education. Dr. Paccione was appointed as Executive Director and unanimously confirmed by the Senate Education Committee in January, 2019. She has more than 20 years of experience in secondary and postsecondary education, has co-authored two books on leadership, and was elected to two terms in the Colorado House of Representatives, where she served as the house majority caucus chair. Dr. Paccione will speak about the Colorado Department of Higher Education’s goals and accomplishments.

We look forward to seeing you on May 16th.

Although the PERS system is underfunded, many Oregon local governments have managed to develop budgeting practices and financial management policies specifically addressing this concern. The local management team of Aquila Tax-Free Trust of Oregon consistently monitors all credits in the portfolio.

When researching municipal bond issuers and PERS employers with significant unfunded pension liabilities, credit analysis and due diligence can put pension liabilities into context to determine the potential extent to which PERS funding may be impaired; a situation which varies from employer to employer. Pension concerns and the complexities and nuances of PERS funding heighten the importance of local credit analysis and selective portfolio management.

Following the recent 25th annual shareholder meeting of Aquila Narragansett Tax-Free Income Fund, Diana Herrmann, President of the Fund and CEO of Aquila Investment Management LLC, was interviewed by Providence Business News.  During the interview, Ms. Herrmann discussed the important role the Fund has played in supporting economic and infrastructure development in Rhode Island, and in providing Rhode Island residents with income exempt from both state and federal income tax.

Shares of the Fund may only be sold by offering the Fund’s Prospectus. Before investing in a Fund, carefully read about and consider the investment objectives, risks, charges, expenses, and other information found in the Fund prospectus. The prospectus is available on this site, from your financial adviser, and when you call 800-437-1020. 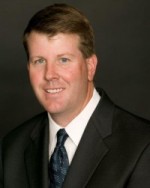 The distinctive research and investment approach implemented in managing both funds is described as originating with intensive debt analysis while gathering detailed information about a company, often from unconventional sources. Other elements of the research and strategy include developing an understanding of free cash flow and debt covenants.

Spend some time reading the Barron’s article to gain a perspective on the strategies of the two funds, and see the Investment Process Summary for both funds.

In Bloomberg’s October 19, 2015 article regarding bonds issued by the Arizona Sports & Tourism Authority to help construct a stadium for the NFL’s Arizona Cardinals, Todd Curtis, portfolio manager of Aquila Tax-Free Trust of Arizona commented on the on-going legal battles involving the issuance. Mr. Curtis indicated that Arizona Sports & Tourism Authority could probably continue to make bond payments, and may eventually require support from the state of Arizona. The fund does not hold the bonds.

Bloomberg.com quotes Todd Curtis as portfolio manager of the Aquila Tax-Free Trust of Arizona in the 10/24/14 article “Mesa Prompts Bond Backlash as Debt Doubles Over 7 Years.”

“The city has a reasonable amount of debt considering its developing suburban fringes and aging downtown neighborhoods, said Todd Curtis, who manages the $274 million Aquila Tax-Free Trust of Arizona from Phoenix.”