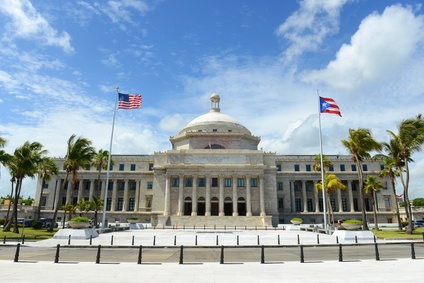 Each of the municipal bond funds offered in the Aquila Group of Funds adheres to an investment strategy focused on investment grade bonds as a means of managing credit risk, and an intermediate average portfolio maturity as a means of managing interest rate risk. In keeping with our emphasis on high-quality holdings, the seven state-specific municipal bond funds offered by Aquila continue to have no Puerto Rico holdings.

The commonwealth of Puerto Rico has been grappling with budgetary issues since 2014, which has generated attention in the municipal bond market, and in the media as the island territory has worked toward recovery over the past several years.

In June of 2014, the Puerto Rico Governor signed the Puerto Rico Public Company Debt Enforcement and Recovery Act, which would enable public corporations (power and transportation agencies) to restructure their debt through a process similar to bankruptcy. Puerto Rico, like the states, cannot file for Chapter 9 federal bankruptcy protection. Response to the legislation was swift, and prices on certain Puerto Rico agency bonds dropped abruptly, and lawsuits were filed challenging the constitutionality of the legislation. The US District Court of Puerto Rico found the recovery act unconstitutional, followed by the US Court of Appeals for the First Circuit, and in June of 2016, the Supreme Court ruled the legislation was impermissible. The Supreme Court voted 5-2, stating that the Commonwealth was not entitled to establish its own restructuring process, which is prohibited by the Bankruptcy Code.

The Associate Press reported on February 4, 2019, that a federal judge approved a large debt restructuring deal for Puerto Rico, which involves over $17 billion worth of government bonds backed by a sales-and-use-tax.

The deal is expected to save the government an average of $456 million in debt service per year by allowing Puerto Rico to cut its sales-tax backed debt by 32 percent. The government is required to pay $32 billion over the next 40 years as part of the deal. The structure will allow senior Puerto Rico bond holders to receive 93 percent of the value of the bonds, and junior bond holders (many of whom are individual investor) to recover only 54 percent.

Puerto Rico’s Governor, Ricardo Rossello, sees the deal as an important step in total financial recovery and emphasized that the deal opens up a significant amount of money that will now be available for critical needs such as health care, education, public safety and pension payments.

On the Aquila Group of Funds website, you will find information regarding the investment strategies and full portfolio holdings of each state-specific municipal bond fund. The investment objectives, risks, charges, expenses, and other information will be found in the Fund prospectus. Information on the Fund holdings will be found in the Fact Sheet, Annual and Semi-Annual reports, and the Portfolio Holdings report. We encourage you to review this information, and to visit the web site frequently for updates on each fund, and our perspectives on the markets.