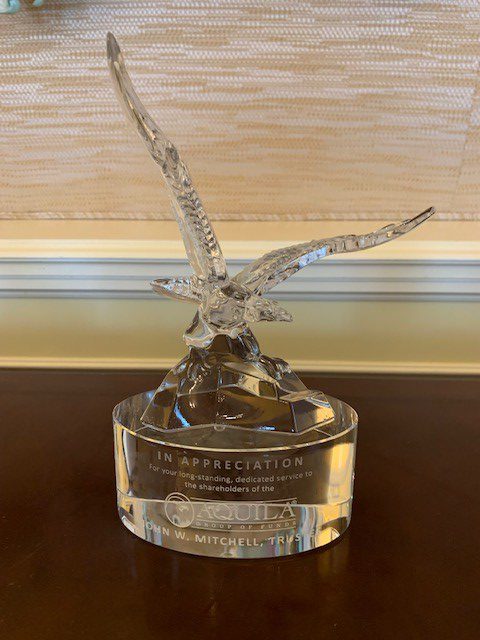 At Aquila Group of Funds, the hallmark of our time-tested municipal bond fund strategy has always been our local presence in the markets in which we invest. Included in that local presence are the members of our Boards of Trustees who reside in the states where we manage mutual funds.

Mutual fund boards are the champions of shareholders, and for over 35 years, Aquila Group of Funds and our respected Trustees have been shareholder-focused. At its first in-person meeting since the beginning of the pandemic, the Trustees and Officers of the Aquila Group of Funds recognized the retirement of one of its fellow Trustees, Mr. John W. Mitchell. We wish to do the same. 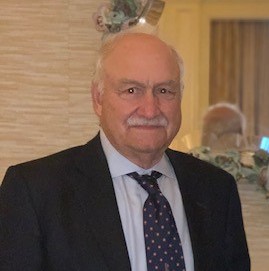 Mr. John W. Mitchell, retired as a Trustee of Aquila Tax-Free Trust of Oregon, effective June 26, 2020, after 21 years of dedicated and honorable service to the Trust. Mr. Mitchell long-served as an exemplary independent Trustee, as a Chair of the Trust’s Governance Committee and member of its Audit Committee, and as a member of the Aquila Group of Funds’ Compliance, Risk and Insurance Oversight Committee. Mr. Mitchell also provided outstanding economic updates at the Trust’s annual shareholder meetings.

Mr. Mitchell was a professor of economics at Boise State University for 13 years, before joining U.S. Bancorp in 1983 where served as Chief Economist until 1998, as well as Western Region Economist until 2007. During his over 45-year distinguished career, he has written numerous regional publications and was a columnist for Oregon Business Magazine. Mr. Mitchell’s impressive list of accomplishments include being listed as a noteworthy Economist by Marquis Who’s Who and serving as a member and Chairman of the Oregon Council of Economic Advisors. He was also appointed to former Oregon Governor Kitzhaber’s Tax Review Technical Advisory Committee, and was a member of the American Bankers Association Panel of Economists, the Western Blue Chip Forecast Panel, the National Association Business Economics, the Portland Chapter of the National Association of Business Economists, and the boards of Northwest Bank, Oregon Mutual Insurance, and Western Capital Corporation.

On behalf of his fellow Trustees and Aquila Group of Funds, we express our sincere appreciation and gratitude to Mr. Mitchell. During his tenure as Trustee, he brought a high level of dedication and professionalism to his role as a fiduciary on behalf of fund shareholders. We are very proud to have been associated with Mr. Mitchell, deeply appreciate his many years of service, and wish him well in all of his future endeavors.

Aquila Group of Funds Portfolio Manager, Chris Johns, was a guest on Asset TV’s May ›

Whether you enjoy a glass occasionally or have sworn off brown liquor since college, there ›