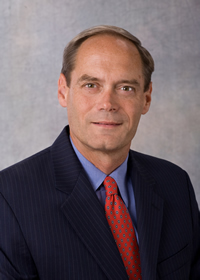 President of Aquila Distributors LLC since July, 2019, a Co-President since 2010, and previously served as Managing Director since 2009. He is Senior Vice President of each of the funds. Previously, Mr. O’Brien held positions to Senior Vice President and Chief Administrative Officer of Evergreen Investments Services, Inc. from 1997 to 2008, and Mergers and Acquisitions Coordinator for Wachovia Corporation from 1994 to 1997.