One of the challenges municipal bond investors face when navigating the municipal bond market on their own, is accessing bonds in the new issue market. The advent of retail order periods for some larger issues has 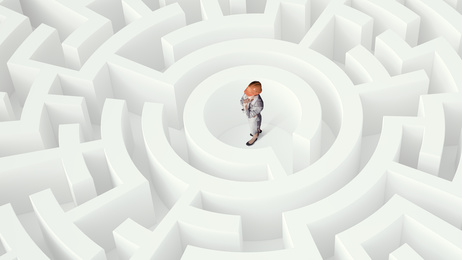 improved retail access. However, both the inherent structure of new municipal bond issues, and the origination process itself, create challenges for retail investors hoping to place small orders for new issues.

Compared to new issues in the corporate bond market, new issues in the municipal bond market are much smaller, and the quantities of bonds available in each maturity can be very limited. This is because municipal bond issues are more akin to a long-term “loan” with a mortgage amortization structure. Each maturity in a municipal bond issue, in essence, is similar to the principal portion of an annual mortgage payment. Much like a loan, the annual debt service (principal and interest payments) is designed to be somewhat consistent over time, as with a home loan or car loan. The result is that municipal bond issues are comprised primarily of a series of consecutive “serial” maturities, in addition to, potentially 1 to 3 longer “term” maturities.

For example, in Arizona earlier this year a $10.85 million City of Tolleson issue included 15 serial maturities due from 2020 to 2034 (with par amounts of only $225,000 to $700,000), and two term maturities in 2036 and 2038. Only the two term bonds had par amounts above $1 million. By comparison, in the corporate bond market, new issues typically only contain a handful of term (or bullet) maturities. This is primarily because corporate bond market yields and prices are tied directly to the most recently issued, comparable maturity, US Treasury bonds. A corporate bond issue can often be limited to some selection of maturities of 2, 3, 5, 7, 10, and 30 years. With a $1 billion average corporate bond issue size, it is rare to have a par amount, in a given maturity, which is below $100 million, while it is common to find maturity sizes of several billion dollars in the largest new corporate issues.

The origination process in the municipal bond market consists of two very distinct issuance approaches – negotiated underwriting and competitively bid issues. In a negotiated underwriting, the issuer contracts with an underwriter to enter the capital markets when the underwriter feels the conditions are advantageous for the issuer. In a competitively bid underwriting, the issuer choses a date and time in which all investors must submit a bid for the entire amount of the debt issue.
Negotiated bond underwritings are the dominant approach used in the municipal bond market, accounting on average for 75% of new issue volume, with competitive new issues accounting for 25%. The largest new issues are usually brought to market through the negotiated process. Competitively bid bond issues tend to be more localized in nature and have averaged about $20 million in size over the past 5 years – less than half the average negotiated bond issue size of $42 million. In both cases the average new issue size is a fraction of the $1 billion average new bond offering in the corporate bond market.

Negotiated bond underwriting is influenced by larger institutional buyers, including mutual funds and insurance companies. Underwriters typically attempt to source demand for the entire issue before finalizing the issue pricing. Accomplishing this requires the underwriter to price the issue “to sell”, meaning the underwriter can attract orders (particularly from investors with significant buying power) sufficient to sell the entire issue. Investors with significant buying power may specify their preferences for particular maturities and bond structures, since their participation has the greatest impact on the successful sale of the issue. This may leave a more limited selection of maturities available to retail investors, and may limit the availability of bonds for retail sale.

Competitive bid new issues present a different set of challenges for individual investors. In this approach an underwriter is taking “ownership” of the bond issue, and then reoffers the bonds to investors. A competitive bid underwriter commits their firm’s capital in order to purchase bonds, and assumes market risk in the event that a sufficient number of buyers are not found for the issue. The preponderance of competitively bid issues involves only one underwriting firm, often with limited retail distribution. In these circumstances, retail investors who do not have an account or relationship with the broker-dealer (underwriter) who won the competitive bid for the issue, may not be aware of, or have access to, the bonds at the new issue price.

The practice of competitive bid issues varies greatly by state. In 2018 only 3 new bond issues, comprising 2% of total new issue volume, were sold by competitive bid in Arizona. But in Kentucky, there were 105 new municipal bond issues that were sold competitively and those accounted for 29% of total new issue volume in that year. The average size of those Kentucky new issues was $11.3 million; approximately half the national average. Of these, 77 issues were less than $10 million in size, including 20 that were below $2 million. The top five underwriters accounted for 73% of the new issues that were bought to market through competitive bid. Investor access to a new issue may be influenced by the broker-dealer they do business with, due to concentration among firms entering competitive bids. In addition, the actual selection of available bonds within each new issue may be very limited, for the reasons stated above.

Another factor is that many broker-dealers have a public finance division that serves as a municipal finance advisor to municipal issuers. A change in the relevant law several years ago prevents a broker-dealer from both bidding for, and acting as a financial advisor on, a municipal issue. This may further constrain the number of broker-dealers through which retail investor can access a new issue.

Despite the advent of electronic trading platforms in the secondary market for municipal bonds, and improved price disclosure, the municipal bond market still remains much less efficient and more complex than its taxable corporate and US Treasury bond market counterparts. This may increase the difficulty of navigating this challenging market alone. By engaging a professional asset manager, capable of leveraging institutional buying power in the new issue market, individual retail investors may be able to improve their opportunity to access values across the municipal bond market.