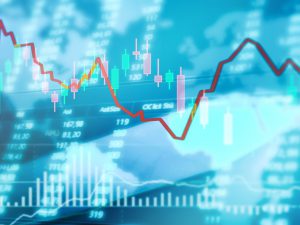 The municipal bond market experienced one of its most disruptive and volatile market periods in recent memory during the week of March 9, 2020. After steadily moving higher for past 15 months as the Federal Reserve initiated a new easing policy, municipal bond prices declined sharply last week in response to increased economic disruption brought about by the rapidly evolving coronavirus pandemic.

Also in the context of the overall municipal bond market, the intermediate maturity and investment grade mandate, in which all Aquila municipal bond fund portfolios are structured, helped deliver less fluctuation than that of long term bonds last week.

Unusual – But Not Unprecedented

On March 12, 2020, the Net Asset Value of the Aquila Tax-Free Trust of Arizona’s (ATFTA) Class A Share declined 2%. This compared to long term bond funds who suffered Net Asset Value (NAV) declines of as much as 3%, and large actively traded national municipal bond Exchange Traded Funds (ETFs) which dropped 5% that day. This greater degree of downside stability reflected the benefits of both the intermediate mandate and very broadly diversified portfolios that are the foundations of our locally managed municipal bond funds. You may find the Fund’s latest performance here.

This magnitude of one-day price fluctuation was not unprecedented though. On Tuesday April 4, 1994 intermediate and long term municipal bond NAVs also declined 3%-4%. I had the opportunity to experience this market turmoil firsthand while co-managing two investment grade, single-state bond funds with short term and long term maturity mandates at the time. On that day, coming off an extended Easter holiday weekend, the Federal Reserve made a surprise increase in the discount rate as part of a significant monetary tightening they had started at the beginning of 1994.

By the end of that Tuesday, the 10-year US Treasury bond yield increased 39 basis points from 6.75% to 7.14%, and the 30-year US Treasury bond yield spike 32 basis points, from 7.10% – 7.42%. The Bloomberg Barclays AAA 10-year Maturity Index yield rose a more modest 25 basis points. This sudden spike in yields along with very thin trading activity in a volatile market translated into the sharp NAV declines of that day. The Class A Share of ATFTA declined 19 cents that day, fairly commensurate with the unusually large one day declines experienced last week. One difference in these two periods is that last week’s volatility was induced by significant economic stress, rather than Federal Reserve policy and the long term direction of benchmark interest rates. Last week also shared common themes with the height of municipal market volatility that occurred near the end of 2008 during the great recession.

Over a three-week period from the week of November 18th to December 15th in 2008, the NAV of ATFTA declined 4.4% as the shadow of corporate bankruptcies and bailouts weighed on the municipal bond market. Long-term funds suffered even sharper declines of as much 7%. Again, we believe an intermediate maturity focus and portfolio breadth helped to mitigate a good degree of the downside risk of this period.

What was mostly unusual about this period was that US Treasury bond yields moved significantly lower throughout this period as the Federal Reserve aggressively moved to inject liquidity into the market. For example, 10-year US Treasury bond yields declined from 3.77% to 2.51% even as comparable AAA municipal bond yields increased 32 basis points to 4.44%. The polar opposite behavior of these markets was even more pronounced in the long end of the yield curve. Benchmark 30-year US Treasury yield declined from 4.23% to 2.95%, while the Bloomberg Barclays AAA 30-year Maturity Index yield increased 63 basis points to 5.77%.

The Return of Genuine Relative Value

This window of volatility behavior near the end of 2008 was similar to what the muni market experienced last week, as the increase in municipal bond yields were double those of benchmark US Treasury bonds. This resulted in a significant underperformance of the municipal bond market that has left municipal bond yields at compelling valuations which are reminiscent of those in December 2008.

As of this writing, Bloomberg Barclays Fair Value 10-year and 30-year AAA municipal bond index yields equal 210% and 173% of comparable maturity US Treasury bonds. In December 2008, those same yield ratios were 177% and 196% respectively. For real market perspective, look at the yields offered in a $709 million Salt River Power Authority Bond issue that came to market the week of January 12, 2009:

The Search for Value is Not a Predictive Exercise

It is important to put municipal bond price volatility, elevated municipal bond yields, and tax exempt/taxable yield ratios in their proper perspective. In prior thought leadership papers, we have pointed out the importance of components of return in fixed income investing. In particular, it is important to keep in mind that the lion’s share of long run total return in municipal bond investing is derived from the income. The corollary is that over the long run, price changes contribute a small amount towards, and only detract a small amount from, total return.

Total Return Breakdown of the

Over the very short run (like a very volatile week in March of 2020, or day in April 1994) prices changes can overwhelm income. This is even more true today than in the much higher interest rate landscape of the 1990s and 2000s. Which makes evaluating and staying committed to a well thought out asset allocation plan vital. Doing so enables investors and advisors alike to focus on whether the fixed income tool in an asset allocation plan can provide an attractive level of income after taxes that protects purchasing power, while mitigating a large degree of volatility across the fixed income and equity universe.

Given current stock market volatility and the wild swings in taxable bond prices of the past week, conservative and consistently managed municipal bond portfolios appear to now offer enhanced long run value. Such value is not a guarantee against further fluctuation or price declines, but rather an indicator of the degree to which municipal bonds may be able to assist in the achievement of overall asset allocation objectives.

Over the next several weeks, we look forward to sharing further insights into a few of the market dynamics that are unique to the municipal bond asset class, how they shape municipal bond price fluctuations, and the opportunities they present that a local management perspective can capitalize on for shareholders.