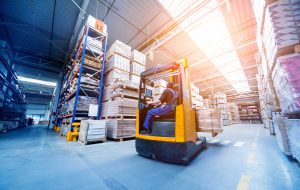 The business of logistics is a critical component of supply chains and is growing at a rapid pace in Kentucky, employing close to 83,000 people. Kentucky’s central location in the Ohio Valley makes it a prime spot for distribution across the United States for many suppliers and shippers. Leaders in the sector are pushing Kentucky legislators to provide funding and subsidies to help build out the State’s infrastructure in areas surrounding warehouses and airports. To date, lawmakers have provided resources to help with traffic problems around Shepardsville, where a third cloverleaf highway interchange has been completed to help alleviate tractor-trailer congestion.

To further ease major traffic problems related to the sector’s rapid expansion, a new warehouse area has been established slightly further south near the Bardstown exit off of Interstate 65. McKesson Corporation, the oldest and largest healthcare company in the nation, recently signed a lease in the Shepardsville area for a one-million-square-foot warehouse that is currently being used to distribute COVID-19 vaccines. Five weeks prior to the first vaccine shipping date in mid-December, the CDC along with project Warp Speed, was involved in helping build out refrigeration units to store vaccine doses for Pfizer and Moderna. With the world watching, the first shipment of Prizer-BioNTech vaccines departed the Louisville UPS Worldport Hub on December 13, 2020. The UPS Worldport Hub is the second-largest freight enplanement airport in the U.S. and fourth-largest worldwide.

On the heels of the McKesson Corporation warehouse lease, there are rumors of another large logistics operation eyeing an additional one-million-square-foot warehouse, which could mean large-scale vaccine distribution out of Kentucky.

Kentucky’s airports are also feeling the pressure of the logistics business growth, prompting Louisville Regional Airport Authority to invest $91.1 million in capital and equipment upgrades during the pandemic. The reduced commercial air traffic during lockdown provided an opportunity to undergo capital improvements without disturbing what is typically a very busy airport. The Louisville Regional Airport Authority ended the year with a $29 million reduction to its normal $75 million budget, which was partially replaced by federal coronavirus relief funds. The upsurge in online orders through Amazon and companies who ship through UPS increased revenue for the airport as well as generated sales tax revenue for the state. Online sales exploded during the pandemic and ramped up significantly during the Christmas season, contributing to an increase in starting salaries at sorting warehouses. Five years ago, hourly pay for sorting jobs was below $14 per hour and is now closer to $20 an hour, or more.

In addition to the logistics boom in Louisville, Amazon’s Prime Air is expanding its operations at the Cincinnati/Northern Kentucky International Airport. German international courier, DHL, is the world’s largest package carrier and employs 4,500 workers at the airport, which they call their super-hub. DHL has recently partnered with Amazon to provide package sorting and pilots for Prime Air flights, a program that has recently increased from 300 to 900 pilots, providing many well-paying desirable jobs. In May 2020, freight enplanements increased 15 percent to 438 flights from 300 in May 2019. Amazon’s Prime Air is currently building a proprietary hub on airport property, which is expected to be completed in 2021 and cost an estimated $1.5 billion.

The growth in Kentucky’s logistics sector is expected to accelerate as companies continue to capitalize on the need for a centralized U.S. distribution location. We believe this will in turn provide upgraded infrastructure, numerous well-paying jobs, and increased tax revenue for the state. These are all positive outcomes that may benefit the economic strength of Kentucky and its credit ratings for the long term.